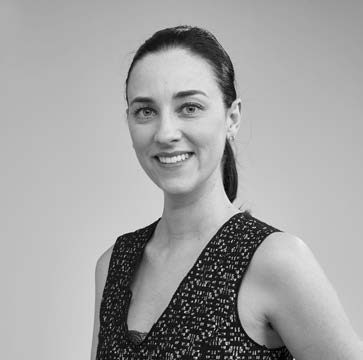 Australian-born interior design maven Paris Forino sat down for a coffee-infused morning interview with the team at Missoni Baia. Forino revealed that it was during a gap year in Europe, following some time as a ballet dancer, that she “fell in love with design and beautiful spaces.” She later studied design in Sydney before settling in New York City and making her mark.

Missoni Baia is Forino’s first project in Miami, and the largest her firm has taken on since opening in 2012. With Missoni Baia — an amazing project, according to Forino — she aimed to capture the sunny and optimistic vibe of Miami in the interiors by using light and reflective materials to create serene and warm atmospheres.

She expounded further on the distinct and singular Miami aesthetic, which is an extension of a host of brimming local arts and cultural scenes combined with strong influences from Latin America. Forino focused on health and wellness when it came to the building’s common spaces, crafting refined, open areas that exude a sense of both vibrancy and tranquility.

Forino also discussed the role of the design house Missoni in the project, calling the company an “amazing inspiration” and explaining how brilliant furniture and fabrics from Missoni would populate and color the spaces. She compared Missoni Baia’s Edgewater neighborhood to the Hudson Yards project in Manhattan, saying that Edgewater, much like the ambitious new Chelsea development, is primed to be the next big thing.

During this discussion, Forino’s spirited enthusiasm for the Missoni Baia project was evident. It’s a world-class project by a world-class designer.

You can watch the full interview here, and check out the remarkable interiors of Missoni Baia here.

When it comes to Miami, hopes are high among the professional real estate crowd going into 2020, with a slate of exciting developments on the way from international developer OKO Group. The firm, headed by developer and hotelier Vladislav Doronin, is building a pair of luxury towers in Miami, and the first, Missoni Baia, is currently going up in the trendy East Edgewater neighborhood. These Edgewater Miami condos feature spacious private terraces with breathtaking waterfront and Downtown views, while the building itself boasts design influence from the iconic eponymous Italian fashion house, complete with colorful stripes and items from the Missoni Home Collection dotting the public spaces. 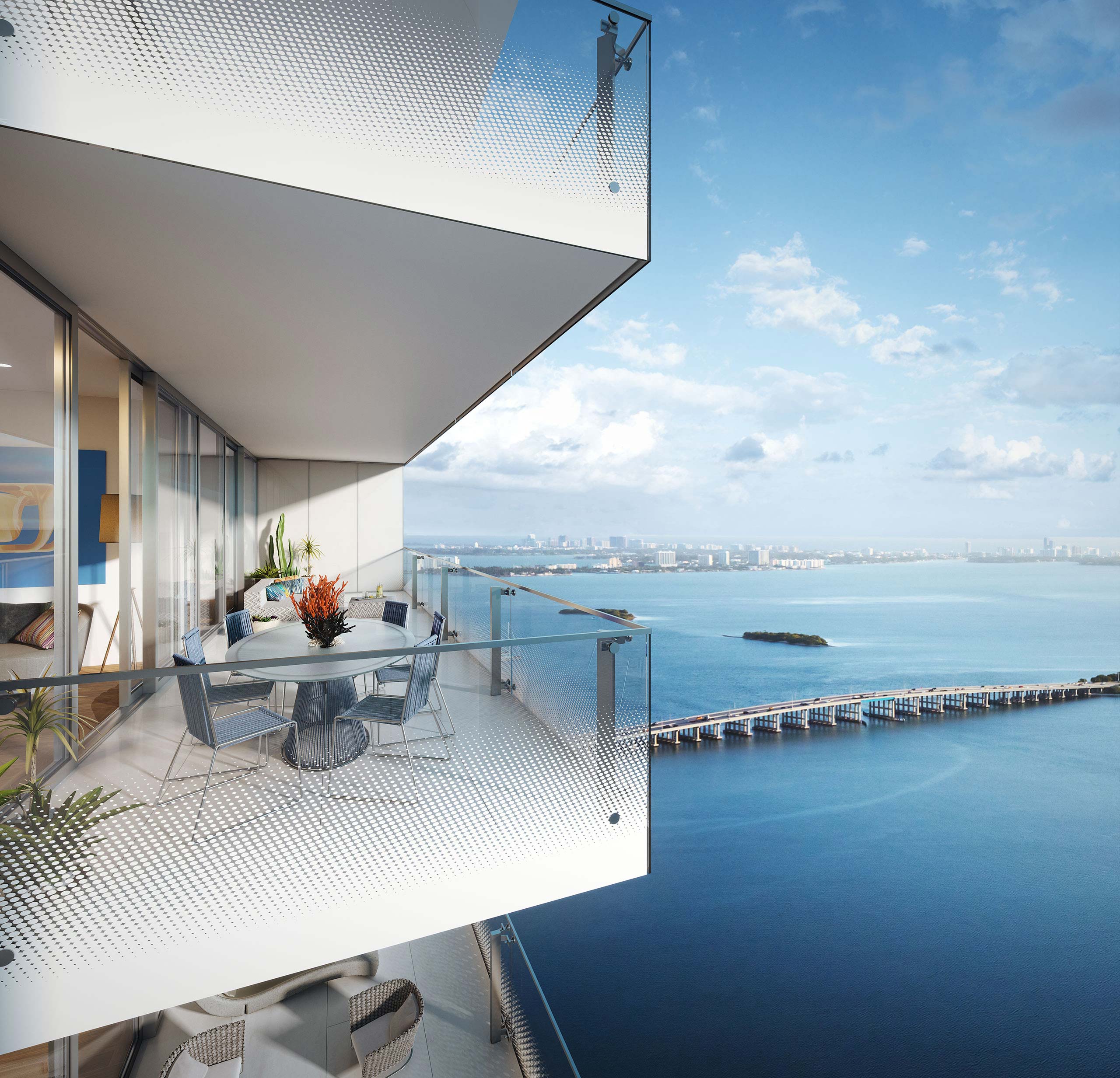 Posted 11.11.2019
As the foundation pour at Missoni Baia gets under way, the Next Miami is reporting that developer OKO Group has secured $243 million in construction financing. Missoni Baia, which is the first branded residential project from the Italian fashion house, will stand 649 feet above Biscayne Bay when complete, making it the tallest tower in the trendy Edgewater neighborhood. These Edgewater condos will feature minimalist interiors emphasizing large private terraces that break down the barrier between indoor and outdoor space. Residents will also have access to a suite of resort-caliber amenities, including multiple pools, an elevated tennis court, and one of the city’s largest private spas. Despite a slowdown in some market sectors, The Miami Herald reports that design-centric properties like Missoni Baia are poised to maintain their dominant market position thanks to their high quality and bespoke design. Situated on the shore of Biscayne Bay, these Edgewater condos will feature design elements and an overall aesthetic created by the famed Italian fashion house Missoni, including subtle touches like parallel stripes of color along the bottom of one of the development’s many pools. The condos at the Missoni Baia feature minimalist interiors that lead out to deep-set private balconies where residents will enjoy sweeping waterfront and Downtown Miami views. Missoni Baia, the first branded residential project from the iconic Italian fashion house, marries the minimalist Missoni aesthetic with the laidback East Edgewater lifestyle to create a collection of homes that blur the line between outside and indoors. With deep-set private balconies and a suite of outdoor amenities worthy of a five-star resort, Missoni Baia’s Edgewater condos represent the height of living on the shores of Biscayne Bay. As highlighted in Brickell Magazine, Missoni Baia takes full advantage of its waterfront location with “one of the city’s most beautifully landscaped baywalk paths along the water,” where residents can meander beneath tropical trees and feel the crisp breeze before heading back to their luxury homes. South Florida by the Numbers: Miami Athletes and Real Estate

Missoni Baia made The Real Deal’s “By the Numbers” section in recognition of the 57 floors that the East Edgewater tower will contain when complete. The sports-centric column pointed out that both Argentine soccer star Joaquin Correa and Colombian soccer star Miguel Borja have secured Edgewater condos at Missoni Baia, making it one of Miami’s hottest homes for international athletes. With its resort-caliber suite of fitness and recreation amenities, beachfront location in the desirable Edgewater neighborhood, and spacious homes with ample private space—thanks to deep-set terraces overlooking Biscayne Bay—Missoni Baia is sure to continue its winning streak. Missoni Baia is climbing ever higher in East Edgewater, where The Next Miami is reporting that a tower crane has been installed at the OKO Group project. The parking garage attached to these Edgewater condos has already reached the seventh floor, and the elevated tennis court is currently being formed. The tower crane will be used to help facilitate a massive, 21-hour-long concrete pour in November, when five pumps and over 200 workers will build the tower’s foundation. When complete, Missoni Baia will be home to 249 one- to five-bedroom homes with spacious interiors, private outdoor areas, and spectacular Biscayne Bay and Downtown Miami views.

Watch as Missoni Baia comes to life in Miami’s red-hot Edgewater neighborhood. The Missoni brand is global force of fashion and unmistakable style full of color, stitches, and blended iridescent hues. Now, the Missoni brand is bringing their touch of liveliness and the magic of the outdoors and nature into everyday home life, which will be a focal point of Missoni Baia’s luxury condominiums, capturing Missoni’s ongoing spirit of innovation and imagination. Enzo Enea, the landscape architect recently engaged to create a pair of outdoor spaces for OKO Group, collaborated with artist Klaus Littmann on FOR FOREST – The Unending Attraction of Nature, a massive artwork in Austria, where the pair turned a soccer stadium into a commentary on the loss of forests around the world. A photo gallery from The Guardian shows the stand of trees planted atop the soccer pitch with seats rising all around, creating a striking image at once unsettling and bucolic. Enea is best known for his landscape architecture, and his designs will be part of Missoni Baia’s resort-caliber spread of outdoor fitness and relaxation amenities when this collection of Edgewater condos is complete.

Miami’s Edgewater neighborhood is completing an evolution 15 years in the making, and the new condos at Missoni Baia mark just how far the once-forgotten community has come. Developed by OKO Group, with branding and vision by the iconic Italian fashion house Missoni, this collection of Edgewater condos will bring a new level of luxury living to the shores of Biscayne Bay, complete with resort-caliber amenities, including multiple swimming pools, an elevated tennis court, and the city’s largest private spa. But Missoni Baia is also well-matched by its surroundings, and Edgewater is stocked with high-end retailers, world-class restaurants, and cultural attractions to enhance the elevated lifestyle of Missoni Baia residents. 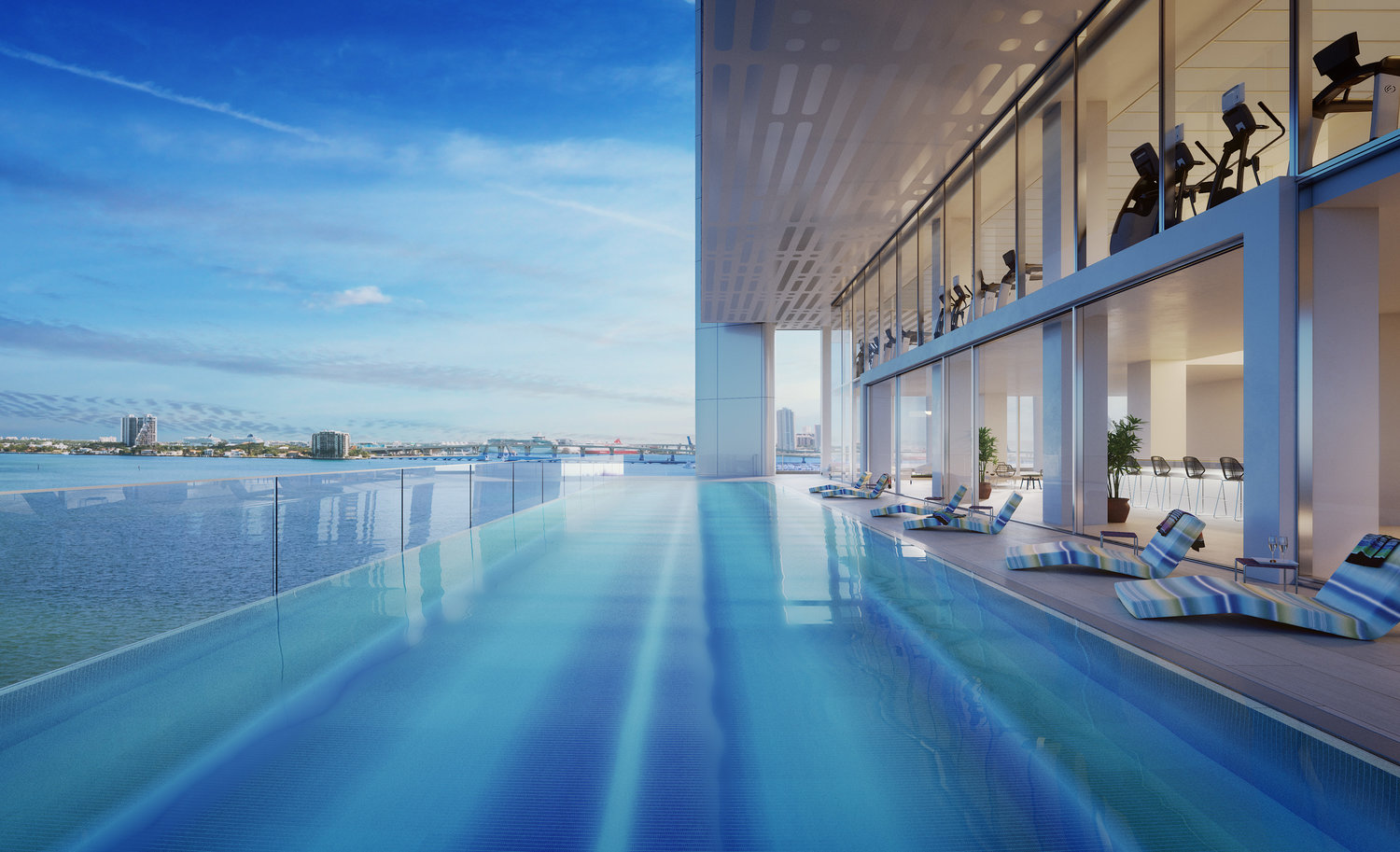 The Miami Herald reports that the Edgewater neighborhood is going vertical, with a suite of new towers from a range of developers planned to go up on the shores of Biscayne Bay. First among these residential towers will be Missoni Baia, which is slated for completion at the end of next year. This collection of Edgewater condos from OKO Group and the renowned Italian design house Missoni will feature resort-caliber amenities and spacious homes with ample private outdoor space to enjoy the bay breezes and panoramic views. Missoni Baia’s interiors are being handled by designer Paris Forino, who took inspiration from the iconic brand’s aesthetic to create a living embodiment of the Missoni style.

Oral representations cannot be relied upon as correctly stating the representations of the developer. For correct representations, make reference to this brochure and to the documents required by section 718.503, Florida statutes, to be furnished by a developer to a buyer or lessee. These materials are not intended to be an offer to sell, or solicitation to buy a unit in the condominium. Such an offering shall only be made pursuant to the prospectus (offering circular) for the condominium and no statements should be relied upon unless made in the prospectus or in the applicable purchase agreement. In no event shall any solicitation, offer or sale of a unit in the condominium be made in, or to residents of, any state or country in which such activity would be unlawful. We are pledged to the letter and spirit of U.S. policy for the achievement of equal housing throughout the Nation. We encourage and support an affirmative advertising, marketing and sales program in which there are no barriers to obtaining housing because of race, color, sex, religion, handicap, familial status or national origin. Nothing contained in this website is intended or shall be deemed to be an offer to sell real estate or real estate securities to residents of the state of new york. In furtherance of the foregoing, 700 Edgewater LLC “Sponsor” or “Developer”), Sponsor hereby discloses the following: (a) neither Sponsor, nor its principal(s) taking part in the public offering or sale are incorporated in, located in, or resident in the state of New York, (b) the offering is neither made in the state of new york nor made to the residents of the state of New York, (c) the offering is not directed to any person or entity in the state of New York by, or on behalf of, Sponsor or anyone acting with Sponsor’s knowledge; and (d) no offering or purchase or sale of the security or any unit shall take place as a result of this offering in new york or with a resident of the state of New York, until all registration and filing requirements under the martin act and the New York Attorney General’s regulations are complied with; a written exemption is obtained pursuant to an application is granted pursuant to and in accordance with Cooperative Policy Statements #1 or #7; or a “No-Action” request is granted.